Automatically eject all disks on sleep, reconnect on wake 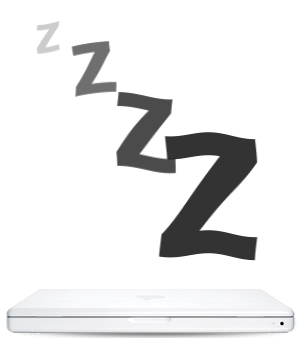 Using a laptop with permanent external drives can be a bit annoying when you leave the desk – you have to manually eject all your devices, otherwise you get that dreaded ‘Device Removal’ dialog. With a little bit of Terminal magic, you can automatically eject disks when you sleep the laptop, meaning you can just put the lid down and go. Disk are also reconnected automatically on wake, for when you’re just sleeping the computer without going places.

It’s all thanks to a little utility by Bernhard Baehr called SleepWatcher, which runs in the background and is triggered by sleep and wake events, calling scripts to perform required actions.

Download and install SleepWatcher and its StartupItem. Next, you’re going to create ~/.sleep and ~/.wakeup files which SleepWatcher will call upon. Pull up your favourite text editor and paste the following in (should be just two lines):

Save the file – call it “sleep.txt”, and save it to the Desktop; make sure it’s plain text! Then put the following in another file, called “wakeup.txt”, saved to Desktop too (also just two lines):

Next, open the Terminal (Applications, Utilities, Terminal), and type the following: