We hear a lot about people having problems with their music apps on iOS 7 no longer receiving audio. I thought it was time I posted an article describing why this is happening, and how to fix it.

iOS 7 introduced a bunch of new security and privacy features and restrictions. In particular, when an app wants to record audio, iOS 7 will block the app from doing so until the user gives permission. Usually this happens via an alert dialog in the app: 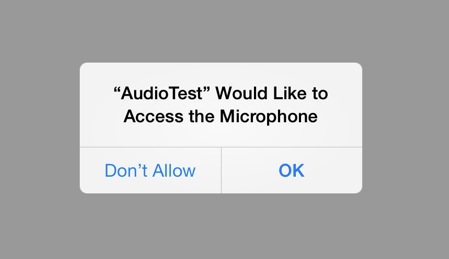 However, if one taps “Don’t Allow”, the system won’t ask again — ever. That can spell confusion and frustration (and support emails, and 1-star App Store reviews!) for users who tapped the dialog away without reading it, and then discovered they’re unable to record audio.

Alas, there’s not much that can be done about that from our end, except for explaining how to fix the issue once this happens.

The trick is to open Privacy Settings for the device, and enable Microphone access for the app. The controls can be found in the system Settings app: 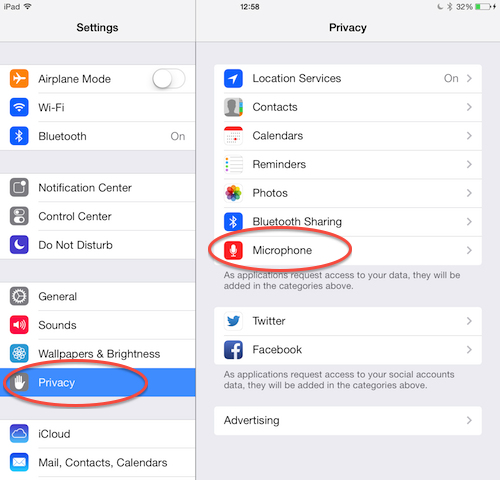 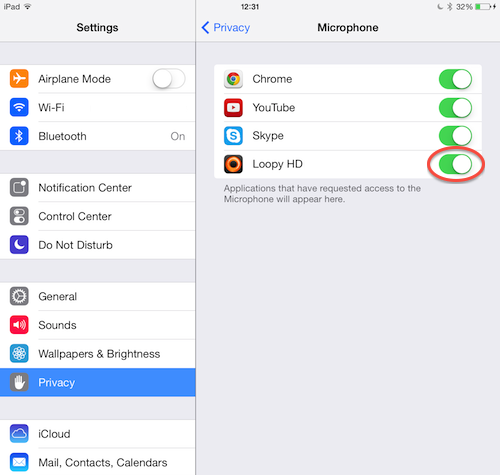 Once you’ve turned this on, the app should begin receiving audio. Depending on certain factors, you may need to quit and restart the app.