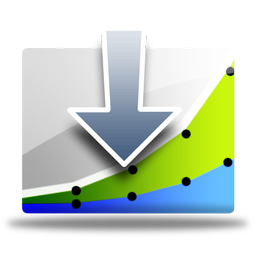 I’ve written a droplet which takes a transaction report, as downloaded from iTunes Connect and containing a summary of sales, and produces a single figure representing the total earnings, in a particular currency.

Because the report shows sales for each separate region, a bit of work is required to get a total earnings figure, involving multiplying royalties by number of sales for each region, and then converting each currency type and adding all results together. This droplet does it all for you – just drop the downloaded text file from iTunes Connect onto it and it’ll bring up a summary. A preferences window allows configuration of the currency.

Impressions of iPhone development so far

A friend recently asked for my thoughts on iPhone development so far. I thought I’d copy them here:

My thoughts: Well, it’s certainly fun, for the most part – the development environment is generally very well designed and the APIs are intuitive and well documented. There are a few glaring exceptions, and when things go a bit wrong, they go very wrong. That’s a feature of any closed-source API, though, so not Apple’s fault. The other thing is there’s a pretty strong developer community and a number of reasonable forums (Apple’s Beta Developer Forums, the Developer discussion forums, the #iphonedev channel on irc.freenode.net) to discuss problems.

A very impressive part of it all is the speed with which one can accomplish great things; I wrote most of Loopy in about a week – the rest of the time has been adding polish. I wrote TSWebServer, which I’m now integrating into Loopy (http://twitpic.com/rjw4) in two days. So it allows for quite rapid, satisfying development.

I can’t comment on the non-tech side yet, as I’m yet to release Loopy, my first app. I know there’s a big community of iPhone users and they’re quite vocal; there are quite a few sites that cover new apps and such. I get the impression that once you get lucky and get the attention of some important individuals, you can accelerate pretty quickly in publicity. Apple’s featured and top lists are the holy grail, of course; with over 10,000 apps now on the app store, the competition seems quite fierce though.

You do hear success stories, but that’s just a couple out of many thousands of developers, so… Who knows. Maybe we’ll all get lucky.

This will only be of interest to a very small minority, but for those of us who have used Core Audio and come across error -66632 in all its glorious undocumented-ness, this is a helpful note.

The error occurs when using AudioQueueEnqueueBuffer. It happens when one tries to enqueue a buffer when the queue in question is no longer running.

Wrap the AudioQueueEnqueueBuffer in a statement that checks to see if the queue is actually running, as in the SpeakHere/SpeakHear (depending on where you look) example. Something like:

..Should do the trick.