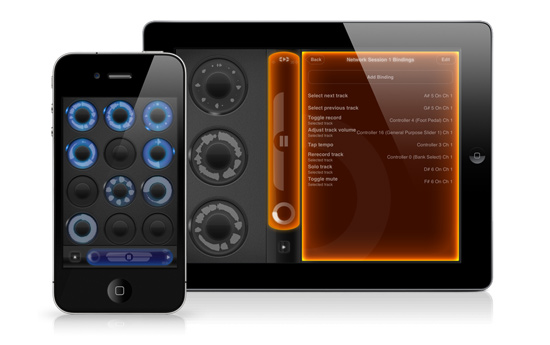 I’m excited to announce the release of Loopy 2.2, and Loopy HD 1.1, which introduce features that the professional and semi-professional musicians are going to love: Trainable MIDI control, and MIDI clock sync!

Loopy can now be entirely controlled via external MIDI devices, via the Camera Connection Kit for iPad, or any one of a number of third party adapters for the iPhone and iPod Touch.

With Loopy, musicians can now accomplish the kind of setup that would otherwise cost hundreds of dollars in expensive, bulky specialised equipment to achieve.

The update also introduces MIDI clock sync: The clock can be synchronised, in either direction, with external devices, other software (such as Ableton Live) over WiFi, software running on other iOS devices via WiFi or Bluetooth, and even other compatible apps running on the same iOS device, via virtual MIDI!

Oh, yeah – one more thing: Loopy on the iPhone or iPod Touch can now run up to 12 channels. Yep. Layer it up, baby.